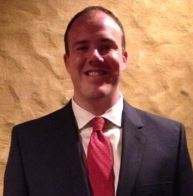 Matt Fox is a graduate of Indiana University – Bloomington with a B.A. in History and a minor in Criminal Justice. He attended the Thomas Jefferson School of Law in California where he received his J.D. in 2007. During his time at Thomas Jefferson, Attorney Fox received the distinctions of the CALI: Excellence for the Future Award and the Witkin Award for Academic Excellence for Top Grades in Legal Writing.

Matt Fox has been with Carl Lamb & Associates since August 2014 with his main areas of practice being Civil Litigation, Criminal Law, and Bankruptcy. He is admitted to practice law in Indiana and the Federal District Courts for the Northern and Southern Districts of Indiana.

We will respond to your inquiry in a timely fashion. Thank you.